This live virtual discussion will feature high calibre thought leaders from the in-house, professional services and private practice legal communities. With an emphasis on the global technological landscape, speakers will explore drivers for global collaboration in legal innovation, technology as a business enabler and the growth of legal tech in Asia.

This session is available free of charge to listeners from across the globe. Terms and conditions apply.

Richard is President of the Society for Computers and Law and, since 1998, he has been IT Adviser to the Lord Chief Justice of England and Wales. From 2003 until 2008, he was Chair of the UK’s Advisory Panel on Public Sector Information (a non-departmental public body set up by the Cabinet Office in 2003, and now part of the Ministry of Justice). He is Chair of the Advisory Board, and Visiting Professor in Internet Studies, at the Oxford Internet Institute in the University of Oxford. Richard is also Chair of the Online Dispute Resolution Group of the Civil Justice Council of England and Wales, Special Adviser to the Canadian Bar Association, and IT Adviser to the Jersey Legal Information Board 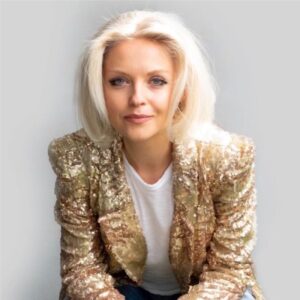 is an executive general counsel, author & advisor. Starting out at a major Australian law firm, she has spent the majority of her legal career in-house working in the banking, automotive and cosmetics industries.

She believes that innovation is invigorating, change is energising and efficiency will never go out of fashion.

Since launching her first e-Book, Legally Innovative in 2018 (as a side hustle) and subsequent online products, building an online following (via Instagram and LinkedIn) and being named as one of APAC’s Top 10 Most Innovative Lawyers by the Financial Times, amongst other awards, the requests for transformation support and advice have been flooding in from across the globe.

Having served 8 years in her last role, in 2021 Anna has decided to step away from her corporate career, and embrace the future of work, taking what feels like a natural next step of become an entrepreneur on a mission to help the legal and corporate worlds to adapt to the digital age.

In addition, she is an Advisory Board Member to Mys Tyler (a fashion tech startup), She Breaks The Law (a global female innovator network), and sits on the CLOC (Corporate Legal Operations Consortium) Australia Chapter.

Described as a change agent, Anna is a sought-after commentator, mindset coach and consultant both domestically and internationally – seeking to shift the dialogue in order to propel the corporate world forward.